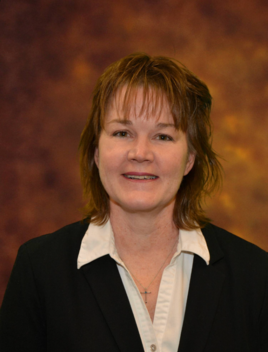 I'm Amy MacMillin, I was born and raised in Two Rivers and went to school at St. John's Lutheran  and Manitowoc Lutheran High School. I graduated in 1987 with a BS degree in Criminal Justice from the UW Platteville. After college I was a special agent for the WI Dept. of Justice and then a police officer for the Two Rivers Police Department.

In 1991, married Doug MacMillin and had 3 sons: Sam, Clayton and Henry.

In 2001, I received my real estate license and joined Anderson Keery Real Estate in Two Rivers. The following year I received my broker's license and became partner in Anderson Real Estate. During this time, I was active in the Manitowoc County Board of Realtors (MCBR) and served as a director and Vice President. I also joined the Two Rivers Business Association and served on the board as a director and as President. I enjoyed serving my community by belonging to Kiwanis and seving as President of that club. I also enjoy serving meals on wheels, and working at a lot of festivals.

In 2011 I was awarded Realtor of the Year from the Manitowoc County Board of Realtors. My business partner (and my mom), Edith Schroeder, received the Emeritus Award for 40 years of membership in the MCBR. Edie then decided to retire and I needed a new adventure.

After much thought and planning, I'm happy to say I found a good fit with new partners: Mark Balaban, Henry Grant, and Debby & Tommy Lenz. We started 1st Anderson Real Estate, LLC in January of 2012,  and became a successful company by putting our client's and customer's needs first.

Mark and Henry embarked on different paths. Debby Lenz retired in 2019.  Jenny Gospodarek then came over to 1st Anderson Real Estate as Partner, and things have been going great. Two Two Rivers' ladies who love selling real estate in their hometown.

Over the past years our company has gone through some changes. We are now located in beautiful downtown Two Rivers.

I look forward to serving the people of Manitowoc County for many years.​